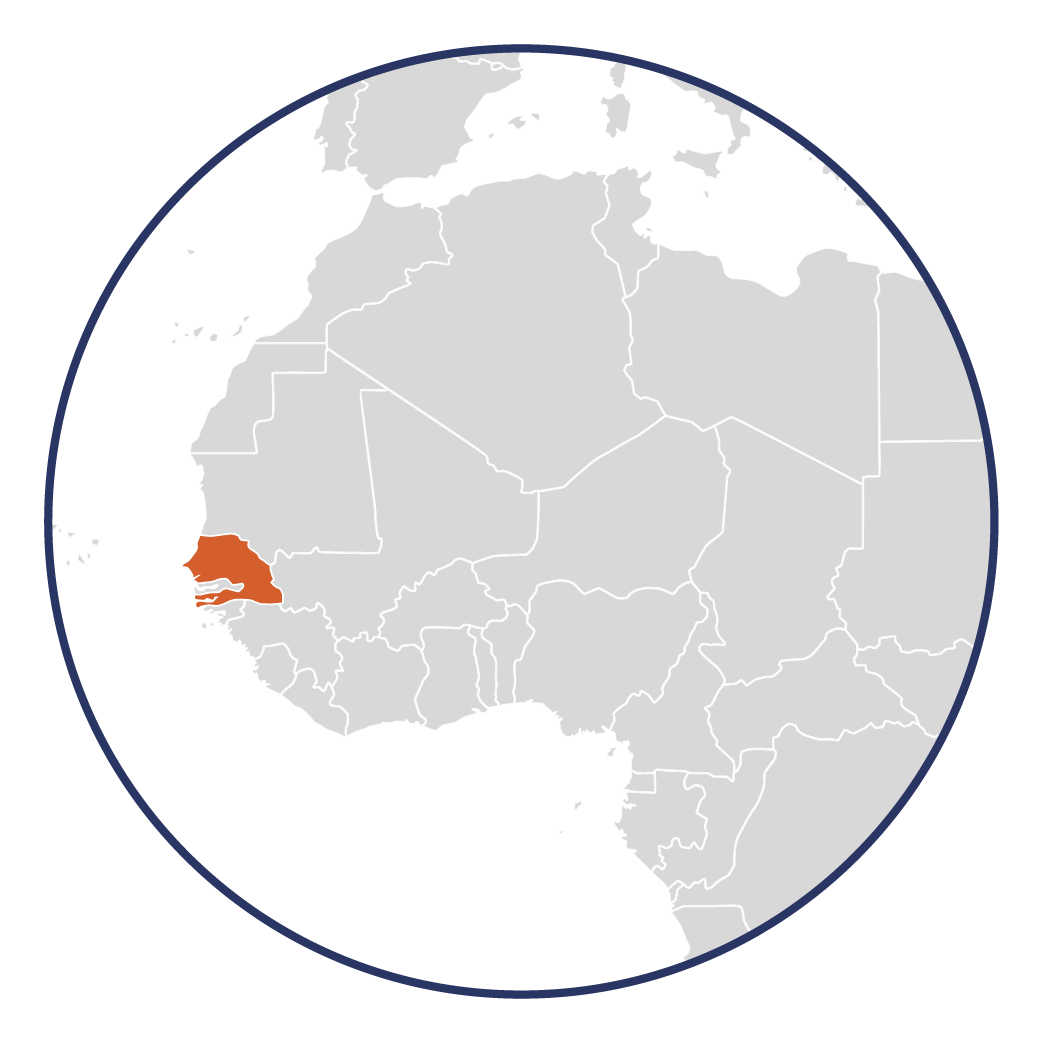 An evidence-based, data driven strategy leads to innovation and success

“In my country, malaria has long been a major public health concern threatening the socio-economic development and structural transformation trajectory that has put our country on a firm path to sustainable development. It is through national ownership, shared responsibility, and global solidarity that we can defeat malaria for good.”

At the turn of the millennium, Senegal had an extremely high burden of malaria and limited resources or systems to fight the disease. Through domestic leadership and partnership with the Global Fund to Fight AIDS, Tuberculosis and Malaria, the President’s Malaria Initiative (PMI), and other global health and development organizations over the last two decades, Senegal decreased the number of malaria cases by 73 percent and malaria deaths by 13 percent between 2000 and 2019.

While Senegal is now widely seen as a model for its pioneering approach to tackling malaria, the country overcame fundamental challenges in program design and implementation in the early 2000s.

The infusion of funds from an initial Global Fund grant in 2003 provided the opportunity to scale up life-saving interventions like bed nets. But in 2004, the Global Fund paused funding to Senegal. The message was clear – making a meaningful impact on malaria would require a data-driven, evidence-based strategy.

“At this time, when our partners wanted to understand the impact of their investment, we couldn’t provide any data on case numbers, on what had been distributed, nothing,” recalled Mame Birame Diouf, the former deputy coordinator of Senegal’s National Malaria Control Program. “We had no data because we had no data system.”

Senegal responded by rapidly reorganizing its National Malaria Control Program and committing to an evidence-based, data-driven strategy. The government increased program staffing and strengthened capacity to ensure the team was capable of planning, implementing, monitoring and evaluating programs and interventions on both a national and community level. The foundation of this strategy was the nation’s first malaria information system.

“The issue of data was a turning point for us,” Diouf said. “Our partners needed information about their investment. We needed to see how we were progressing. Now, we are able.”

Over the last 15 years, financial and technical support from the Global Fund and PMI, along with increasing domestic financing, has helped Senegal establish itself as a global success story in the effort to end malaria. Senegal has increased access to the full range of powerful anti-malaria tools, from insecticide treated nets and rapid diagnostic tests, to seasonal malaria chemotherapy and anti-malaria medicine. For example, Senegal has distributed more than 46 million insecticide treated bed nets since 2004, each with a lifespan of up to three years. As a result, the percent of people with access to an insecticide treated bed net increased from 10 percent in 2005 to 73 percent in 2019.

Senegal has achieved progress not just by following data-driven best practices, but also by pioneering them.

In 2005, for example, scientists at Senegal’s Cheikh Anta Diop University discovered that giving healthy children one dose of sulfadoxine-pyrimethamine and one dose of amodiaquine reduced the likelihood that children would contract malaria by 86 percent.

This discovery changed the course of the fight against malaria in Senegal, and by 2012, the innovation was part of the standard package of malaria interventions the WHO recommended across wide swaths of Africa’s Sahel region. Now known as seasonal malaria chemoprevention (SMC), this combination of drugs currently protects more than 21 million children across 13 countries —including Senegal.

Each year, these volunteers diagnose and treat millions of malaria cases, remind pregnant women to visit a health center to obtain malaria prevention treatment, and distribute SMC to all eligible children during malaria season, from July to November. They also serve as frontline data collectors who continually inform the country’s malaria strategy.

In 2014, with the support of President Macky Sall, Senegal became the first country to launch the “Zero Malaria Starts With Me” campaign, which encourages households, communities, and the private sector to take action to end malaria. By the end of 2020, 19 countries have followed Senegal’s lead and joined the campaign. The country partnered with Benin in 2020 to build on this success with the Zero Malaria Business Leaders Initiative, which aims to increase private sector involvement in and support for ending malaria.

Senegal is poised to continue its successful push against malaria with the aim of reaching malaria elimination.