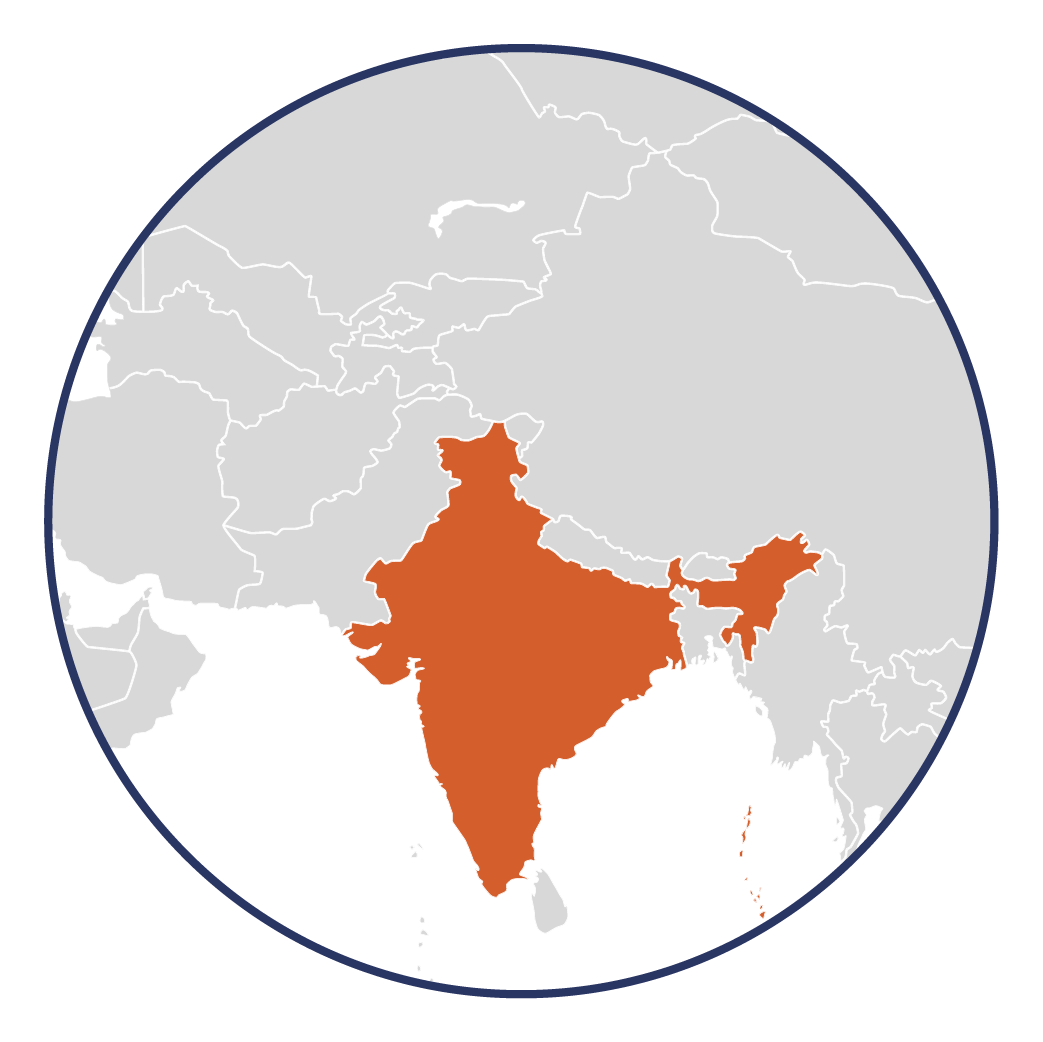 “In India, there is firm commitment to ending malaria… Because the government knows that it is malaria that keeps us poor.”

In 1947, the year India declared its independence, 75 million of the country’s 337 million citizens (roughly one in four) contracted malaria. In the ensuing decades, India had varying success in its malaria control efforts – nearly eliminating the disease in the 1960s but then experiencing a rebound in cases after funding was withdrawn from its malaria program. At the turn of the millennium, there were 19.6 million cases of malaria each year.

In 2005, financing from the Global Fund to Fight AIDS, Tuberculosis and Malaria helped India scale up its malaria programming. This proved to the Indian government that reducing the burden of malaria was not only possible, but also provided a great return on investment, with each dollar invested bringing US$36 in returns through improved health and economic activity. Today, domestic funding accounts for the overwhelming majority of India’s malaria program resources. In fact, the domestic budget accounted for more than three-quarters of the overall contributions (US$300 million) to malaria programs between 2017 and 2019 and continues to grow.

Between 2003 and 2019, malaria incidence fell 78 percent to 5.5 million cases a year and the mortality rate declined by 80 percent, despite significant population growth. Nowhere is this progress more impressive and noteworthy than in the state of Odisha, which has reached the most vulnerable communities with a suite of powerful antimalarial tools that include bed nets, diagnostics, treatment, and prophylaxis.

Odisha has long been responsible for more than a third of the country’s malaria cases, although it makes up just four percent of India’s land mass and three percent of India’s population. The state’s dense forests and poor tribal communities – who live widely scattered in tiny hamlets – combined with a low level of infrastructure make Odisha the perfect breeding ground for mosquitoes. The annual monsoon from June to September regularly washes out roads and bridges, floods communities, and can force both people and animals to migrate to higher ground – all of which makes the regular delivery of medicine and preventive care nearly impossible.

Two programs, both aimed at reaching the most remote and most vulnerable communities with proven interventions, helped Odisha reduce its incidence of malaria by 92 percent between 2003 and 2019. They are models for how to overcome logistical challenges that previously resulted in remote communities accepting malaria as an unavoidable force of nature.

The first program launched in 2010 when India began to train an existing group of volunteers called Accredited Social Health Activists (ASHAs) on how to identify and treat malaria. The ASHAs, who previously focused only on maternal and child health and had been instrumental in defeating polio, added free bed nets, malaria testing, and anti-malarial medicines to their services. Today, more than 45,000 ASHAs working in 56,000 villages across Odisha – along with 900,000 ASHAs across the rest of India – are delivering bed nets, educating their neighbors about their proper use, supporting indoor residual spraying campaigns, and offering free malaria diagnosis and treatment.

In 2017, India launched a second program to reach even deeper into Odisha’s forested hills. Durgama Anchalare Malaria Nirakarana’ (DAMaN), which translates in English to “Malaria Elimination in Remote Areas,” organizes 5,000 to 6,000 massive screening events twice each year in the most inaccessible and highest risk forested areas of Odisha. These extraordinary screening events test the entire population of some 7,000 far-flung villages – between 1.2 and 1.5 million people – just before and just after the monsoon to catch malaria cases before the rains spark outbreaks. The screenings are led by ASHAs and supported by more than 100,000 volunteers across the state who have been trained to test and treat malaria and help detect asymptomatic cases of the disease.