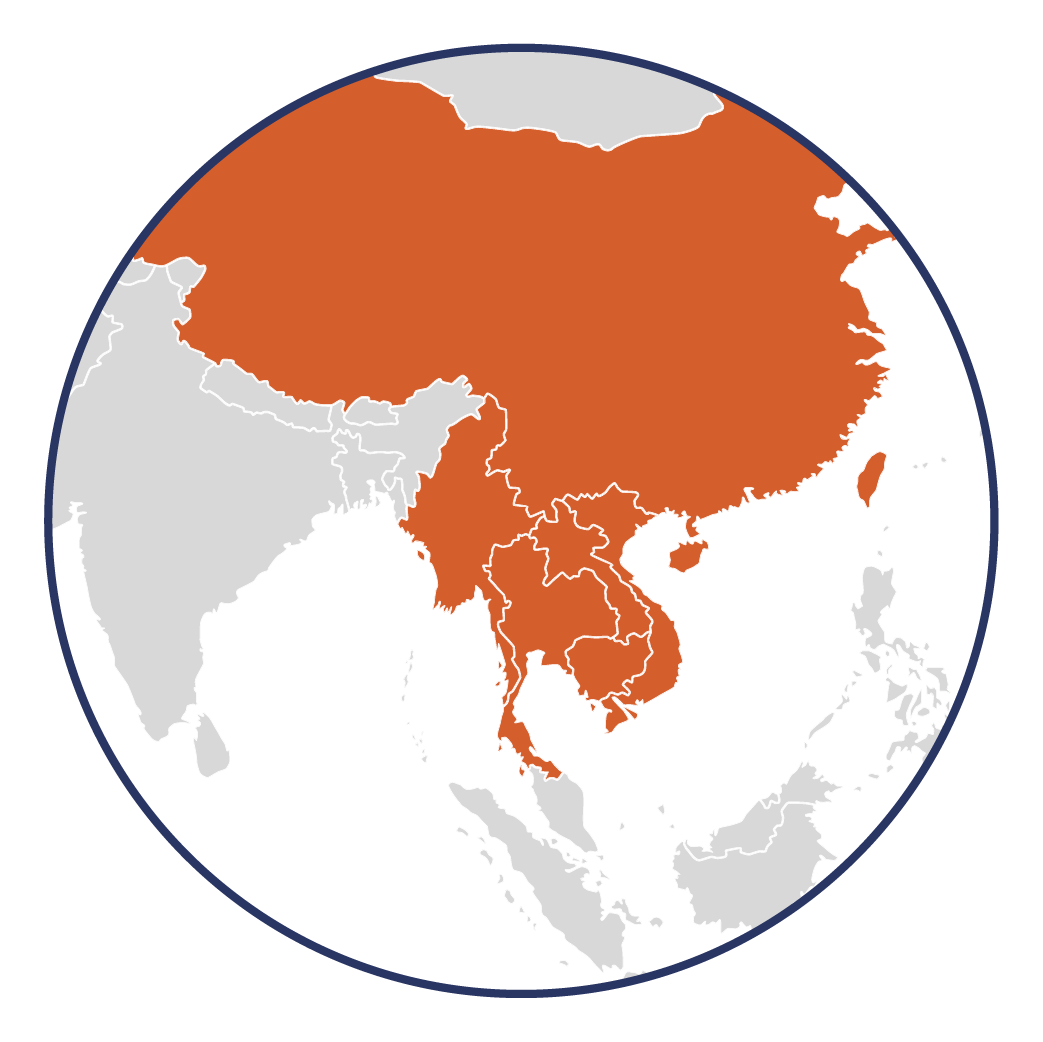 A strong surveillance and case management strategy leads to success

“We are winning the battle. We are on the right track. The massive reductions in disease and death reported in GMS countries are a testament to the sustained progress that has been achieved along the path toward elimination in this subregion. It is only through eliminating this parasite that we will do away – once and for all – with the problem of drug resistance in this subregion.”

Malaria was prevalent throughout the Greater Mekong Subregion (GMS) at the start of the new millennium, particularly in the rural and border regions. Through concerted political efforts, namely investment paired with urbanization and improvements in the overall health system, the rates began to decline. But these early efforts were constrained by fiscal realities, as several of the countries within the GMS did not have necessary funding to combat the disease. The introduction of the Global Fund to Fight AIDS, Tuberculosis and Malaria in 2003 provided an influx of resources – including insecticide-treated bed nets (ITNs), diagnostic tools, and antimalarial treatments – for local governments.

With the scale-up of interventions, malaria rates plummeted across the region. Progress continued throughout the GMS until 2008 when a drug-resistant strain of malaria was confirmed along the Thai-Cambodian border. Drug resistance is not new to the region, where mutations within the parasite caused similar resistance to earlier generations of antimalarials like chloroquine and mefloquine. Scientists recognized that if the new resistant strain – this time to the drug artemisinin – started to spread, it could not only erase decades of hard-won progress but also increase malaria’s death toll significantly, making malaria harder to fight everywhere.

To combat this emerging crisis, the Gates Foundation, the World Health Organization (WHO), and national leaders within the region decided to work collectively to hinder the spread of the drug resistant strain. The cross-border strategy sought to construct a firewall of interventions to contain it to the Thai-Cambodian border. Within the containment zone, the Global Fund and partners helped local governments establish monitoring networks and large-scale intervention delivery campaigns in hopes of neutralizing the strain.

Despite the coordinated efforts of regional leaders and global partners, those most at risk – itinerant workers on rubber plantations and in forests – unknowingly carried drug-resistant malaria parasites with them when they traveled outside of the containment zone. Within just a few years, artemisinin-resistant malaria was confirmed in five of the countries in the GMS (Thailand, Cambodia, Laos, Myanmar, and Vietnam).

Although the containment strategy ultimately failed, the commitment to working on a regional level, with the support of global institutions, soon proved highly effective. By 2011, the WHO and regional government leaders shifted course, recognizing that the best way to limit the spread of the drug resistant strain was to eliminate malaria from the region entirely. The parties agreed to focus their efforts on eliminating Plasmodium falciparum – the species of the malaria parasite which had developed drug resistance in the region – by 2025 and all malaria species from the GMS by 2030. In the same year, the U.S. President’s Malaria Initiative (PMI) expanded to include country programs within the GMS. The US-led program focused on drug resistance monitoring and improving the quality and use of case-based surveillance systems for action.

Today, the fight to eliminate malaria looks different in each of the GMS countries, but there are common themes throughout: unwavering local political commitment, data-driven flexibility, and, even in times of success, a continued sense of urgency. Working in tandem with these commitments are the robust donor funding and technical assistance from PMI and the Global Fund that ensure access to key interventions like ITNs, effective antimalarial medication, and rapid diagnostics and treatment.

In Cambodia, PMI and the Global Fund use innovative, data-driven strategies to reach last-mile populations still threatened by drug resistance. In rural villages, community health workers provide free screening and treatment, while their mobile counterparts provide the same care for workers on rubber plantations. PMI supported a malaria education campaign where motorcycle taxi drivers educated their passengers about malaria in high-risk areas. There have been no deaths from malaria since 2018, largely because of these wide-ranging efforts.

With support from PMI and the Global Fund, countries in the region – including Thailand, Lao People’s Democratic Republic, and Cambodia – have adopted a simplified “1-3-7” surveillance and case management strategy first deployed in China. Within one day of reporting symptoms, individuals are tested, receive a diagnosis, and are added to the government’s data system. Within three days, a team investigates to determine whether the malaria case is indigenous or imported. Within seven days, action is taken to address any outstanding issues (such as ensuring adequate ITN coverage and screening of populations around the index case).

This strategy, coupled with political commitment and strong partnership, has been game changing. Malaria incidence across the GMS dropped 90 percent for all types of malaria and 97 percent for P. falciparum malaria between 2000 and 2019. In the same time period, incidence rates fell 96 percent in Vietnam, 96 percent in Thailand, 95 percent in Myanmar, 95 percent in Laos, and 84 percent in Cambodia. China’s Yunnan Province has already reported its third consecutive year without an indigenous case of malaria. China was certified malaria-free by the WHO in July 2021.